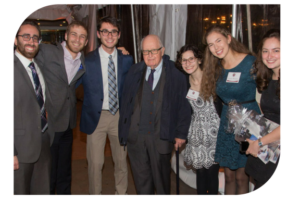 This past November, as we celebrated the 9oth birthday of Harvard University’s emeritus Dean Henry Rosovsky, for whom Harvard Hillel’s building in the heart of our campus is named, Henry himself reflected on Jewish identity in his childhood day sand today as follows:

“In a way, living in an open and accepting society, identity becomes more of an issue. I could never go to an ordinary primary school—I would have started in 1933—because Hitler had come to power, and Jews could no longer go to school, so I went to a school set up by the Jewish community. I never had any identity issues.”

By comparison to the time of Henry’s school days, our Jewish students at Harvard today hardly ever hear a discriminatory voice telling them who and what they are—or even that they are part of a distinct people. Jewish students, blessedly, have the full run of Harvard and all its organizations as a matter of course. Today we can and we must focus on positive reasons and opportunities for our students to affirm, explore, express, and share their Jewishness proudly—and Harvard Hillel is chock full of such reasons and opportunities. 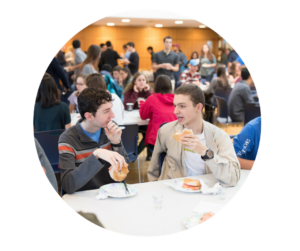 Michael Jasper ’20 has said, “Harvard Hillel opened up doors to me and my Jewish identity I didn’t even know needed to be opened.” This is exactly our role: to inspire and enable Jewish young people at Harvard to discover and to value and to shape their Jewish selves. Basia Rosenbaum ’18 says, “The Hillel community has become like family throughout my four years of college.” Harvard Hillel forges a community in which a multiplicity of Jewish identity is cherished and nurtured, in an atmosphere of welcome, mutual respect, and celebration.

The flourishing Tree of Life that is Harvard Hillel includes, for example, a Jewish LGBTQ group and an Orthodox Minyan, a TAMID Israel Investment Group and a Progressive Jewish Alliance, Shabbat in the Woods outings and Sunday bagel brunches, a Jewish Theatre Project and a geopolitical ‘Trekstension’ to our Birthright Israel trips, weekly Traditional-Egalitarian and Reform worship services, and a strictly kosher 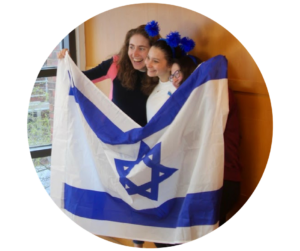 dining hall open to all—and none of these are ‘either-or’ propositions. Harvard Hillel is likely the most multi-faceted Jewish community most of our students will ever experience, which is exactly what it should be.

“Henry really taught us to be true in so many ways,” said our Board of Directors member Brad Bloom ’75, MBA ’79, P ’07, ’10, ’12 at our celebration of Henry Rosovsky’s 90th year and Rosovsky Hall’s 25th. “You have to remember,” said Brad, that back in the early part of the 20th century the idea that any Jewish person would ascend to the leadership of the University was unthinkable.” What Henry proved, Brad said, was “that you could actually be loyal to your heritage and your background and at the same time be one hundred percent Harvard.” 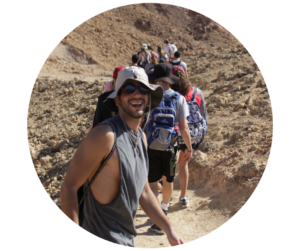 Today, thanks to pioneering examples like Henry’s, young Jews take for granted that they are fully part of Harvard. Rather than aspiring to conform or to melt into homogeneity, students tend to ask themselves what makes each of them distinct amid the diversity of the University—and Harvard Hillel helps students to shape distinctive and forward-looking Jewish identities to share with Harvard and the world.

As for Harvard Hillel itself, over the past six years we have rebuilt our professional team and our programming and have begun much needed refurbishments to our physical facility—and, most importantly, we have renewed a Jewish cultural, social, spiritual, and intellectual center of excellence and of togetherness at the heart of Harvard University. There is still much to do.