Visitors to Rosovsky Hall now see a new display at the entrance to the building chronicling the extraordinary life and story of Henry Rosovsky. Henry’s impact on Harvard and on Harvard Hillel is hard to overstate. A World War II refugee, Henry became a Harvard institution as the Dean of the Faculty of Arts and Sciences, twice Acting President of the University, and a member of Harvard’s corporation. Henry’s involvement with Harvard Hillel has also spanned many decades. A full digital version of the display can be found here (PDF). 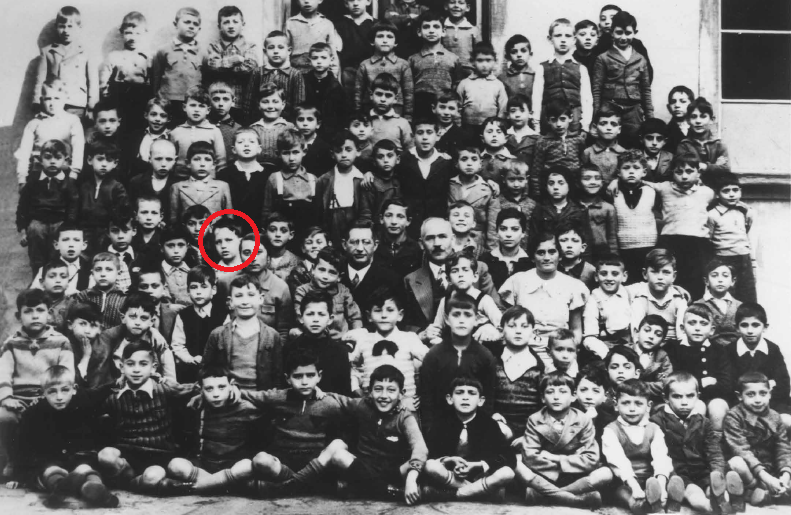 Henry Rosovsky (circled) in the first grade in 1934. He was born in the Free City of Danzig (now Gdańsk) and went to a school set up by the Jewish community there, as the Nazi regime had barred Jewish children from attending regular public schools. Rosovsky’s elder brother, Alex, attended boarding school in England and was reunited with the family in Brussels in the midst of a refugee journey that took the Rosovskys through France, Spain, and Portugal, and finally, in 1940, to New York. 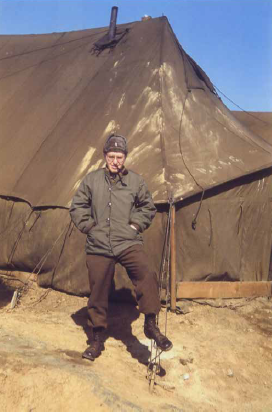 By lated 1945, Rosovsky was back in Europe, serving in the Counterintelligence Corps of the U.S. Army. Following his return, he completed an undergraduate degree at the College of William and Mary in 1949. Under the G.I. Bill he enrolled at Harvard, but was rrecalled to the Army in 1960 at the outbreak of the Korean War. He served a year in Korea as an Order of Battle Officer and a year in Japan, where he operated a radio listening post monitoring Rusian Programming. Rosovsky returned to Harvard in 1952 as a Junior Fellow in the Society of Fellows. 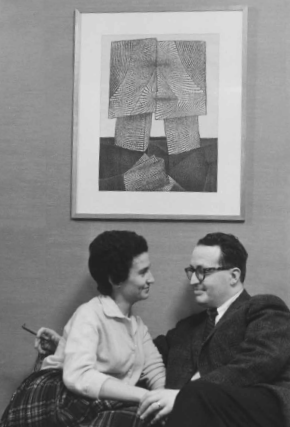 Rosovsky married Nitza Brown in 1956. A member of the seventh generation of her family to reside in Jerusalem and its environs, Nitza authored a book on walking in Jerusalem, co-authored a guide book to Israel’s museums, wrote a memoir, In the Land of Israel, and curated an exhibit on “The Jewish Experience at Harvard and Radcliffe” at Harvard’s Semitic Museum for Harvard’s 350th anniversary in 1986. 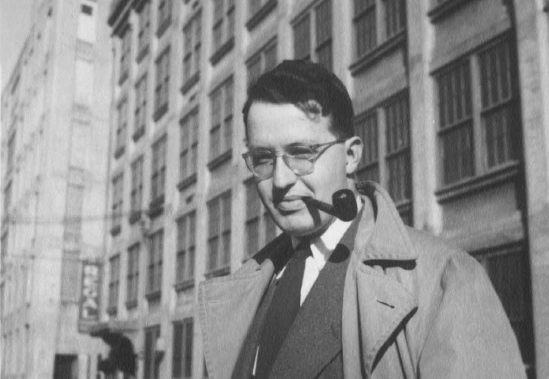 Rosovsky joined the faculty of University of California, Berkeley in 1958. His and Nitza’s children Judy and Michael were born in California (their eldest child, Leah, was born while the Rosovskys were living in Japan). Rosovsky returned to Harvard in 1965, serving as Professor of Economics, later Chair of the Department, then Dean of the Faculty of Arts and Sciences from 1973 to 1984 and 1990 to 1991, and twice Acting Presdient of the University. 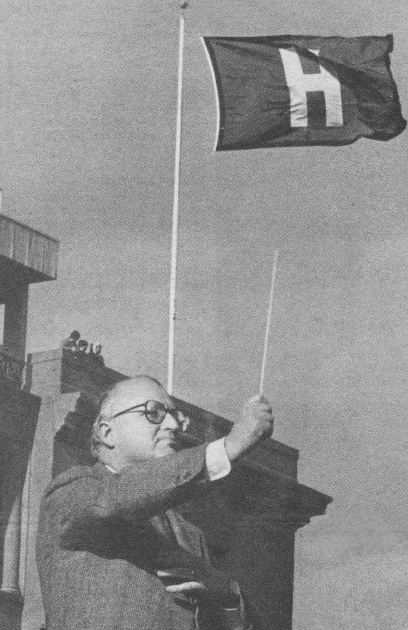 Dean Rosovsky conducts the Harvard Band at a 1980 football game against his undergraduate alma mater William and Mary. The Crimson won 24-13. 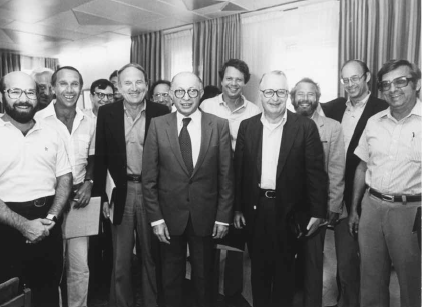 As Dean, Rosovsky represented Harvard far and wide and hosted many prominent vistiors to the University. Pictureed is Rosovsky with Israeli Prime Minister Menachem Begin. 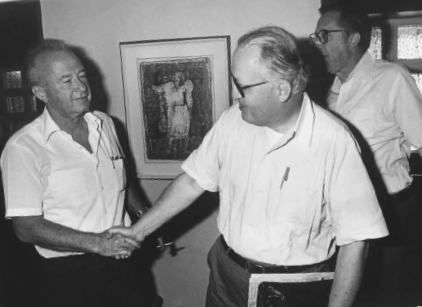 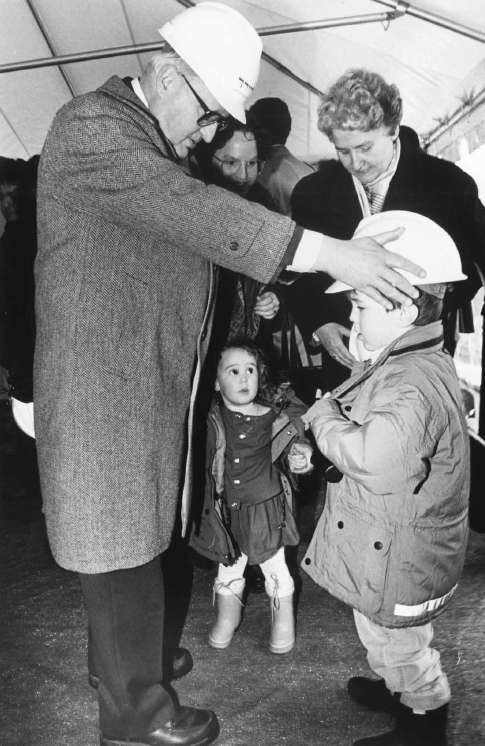 Henry and Nitza, with their children and grandchildren, broke ground for Harvard Hillel’s Rososvky Hall in 1993. Rabbi Ben-Zion Gold, director of Harvard Hillel from 1958 to 1990, had worked hard to persuade Rosovsky that a central place on campus would enable Harvard Hillel to become a major institution in the life of the University. “He turned out to be absolutely right,” Rosovsky later observed. 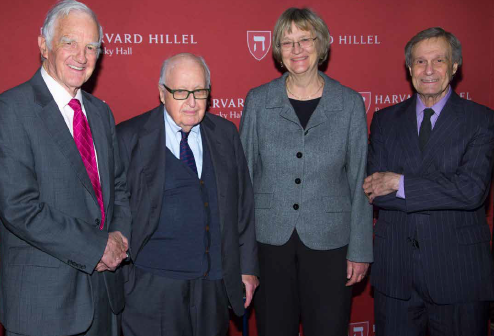 Rosovsky with Harvard Presidents Bok, Rudenstine, and Faust at the 2017 celebration of Henry’s 90th birthday and Rosovsky Hall’s 25th year.